This article originally appeared in Dev.Mag Issue 27, released in November 2006

The Game.Dev Comps evolved considerably since they started, with sponsors and prizes being obtained, and a larger, more experienced (and larger) community facilitating the creation of even more advanced games. We take a look at all the competitions held since August 2006, 10 competitions over 2 years.

Comp 11 was considerably unlike the other competitions held to date, and still stands as the only competition that didn’t bid for the creation of actual game. Instead, comp 11 sought to take techniques that developers had learned and used during the creation of their games and create a succinct tutorial describing the technique, effect, skill or system. This change was justified twofold: Firstly, it served as a way for developers to share tricks and tips; secondly, it sought to correct the post-rAge slump that threatened to throw off the regular 2nd-month schedule that the competitions had been maintaining. Being little more than a warm-up for the return of the ‘regular’ format in Competition 12, this comp only saw 2 entries.

Following immediately after Comp 11, without the customary month-long gap, Comp 12 tasked developers with the creation of a multiplayer game that is playable on a single system. No other constraints were imposed so entries varied from real-time co-operative entries with a split mouse/keyboard control scheme to turn-based tactical offerings. What made this Comp unique was the introduction of additional players into the design equation. Past games had dealt with single players only, so the new challenge here was to create a game that was fun for all parties involved. This required some new, creative thinking on the parts of the developers, but precipitated interesting and fun results. In true Christmas spirit, this competition had a modest but tangible prize up for grabs, sponsored by none other than Danny “dislekcia” Day himself. 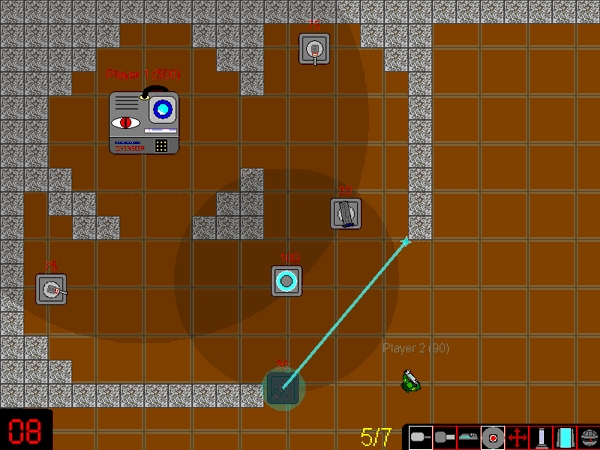 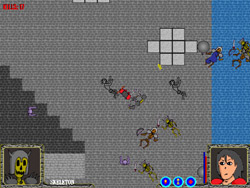 Not unlike Comp 6, this competition once again challenged developers to look back and improve one of their past titles, with the aim of producing games of retail quality. The twist this time around was that the title to be polished was not a choice of the developer himself, but rather a result of a collective vote by the community. The competition sought to teach the value of using and analysing feedback from players and using it to improve the offering. Additionally, the competition also elegantly introduced the Pareto, or 80-20, principle; that is, the old maxim claiming that 20% of your project takes 80% of the time. This is especially true for the final polish stages of gaming, where much time is spent playtesting, tweaking, then testing some more. This grueling, arduous task is often too much for developers who lose interest and abandon their projects when it is no longer fun for them to play, as is inevitable when you’re playing to death. However, this essential step is often the difference between a diamond in the rough and a retail hit.

This was another unique Comp, once again asking not for a game, but for the demonstration of tricks, graphical or otherwise. The format was in the vein of demoscene offerings, where each entry was designated to be a small application showcasing a piece of eye-candy. While the results were never judged, there were many small entries made by developers who had used the opportunity to experiment with effects or techniques where they would usually dedicate their time to tweaking gameplay. While this may have appeared a little counterintuitive to the Game.Dev ideal of gameplay above graphics, previous competitions had highlighted that presentation and polish affect critical reception in an efficacious manner. As such, the competition sought to develop skills and tools which may be used in future productions.

Comp 15 was another of those milestone competitions. It featured a huge prize sponsored by local education initiative Mindset Learn. The competition challenged the community to compete for a share of the R10 000 prizes by creating a guerilla learning experience. That is, a game that can teach players valuable information by integrating it into the game itself, rather than grinding the learning experience through reward and punishment as is typical for ‘Edutainment’. The games that resulted were not edutainment in any way, but rather interesting and fun games that taught skills by exposing the player to their concepts as part of the dynamic itself. As with the last sponsored competition, Comp 15 ran over two months and saw a huge response from the community with 15 hopefuls churning out entries for the Mindset judges to evaluate. Evil_Toaster, winner of the previous sponsored competition, swarmed in and took this one with his title, “Cartesian Chaos”, and subsequently received publishing interest with Mindset. The competition succeeded in highlight the capacity that videogames hold for learning experiences and will hopefully contribute to a change the general sentiment regarding educational games, both for consumers and developers.

Comp 16 went back and borrowed some ideas from Comp 9, once again limiting players by certain rules in an attempt to broaden the results. Things were slightly less restrictive this time around, with only a single constraint imposed: that all graphics need to be entirely composed or derived from text. Again like Comp 9, this was an attempt to focus entrants on gameplay without needing to worry about graphical presentation. As it turned out, this restriction was better received than the Comp 9 incarnation, with 10 extremely varied entries being submitted, those ranging from a real-time enemy-blaster to a rhythm game to a text adventure. All of these has well-developed gameplay that stemmed as a result of limited graphical focus, succeeding in demonstrating that graphics are only needed as a catalyst to solid game dynamics, not a substitute. 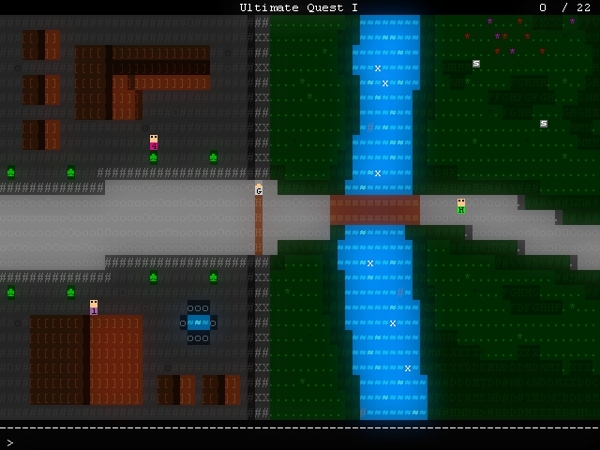 In a move against the current generation’s obsession with sandbox gameplay and supposedly infinite playtime, this competition called for games that would end. In 10 minutes. Comp 17 sought to highlight the importance of cleverly planned events to orchestrate emotion and define the experience. Pacing is essential to elicit the required player responses during the course of the game. This Comp’s fixed timeframe means that it was incredibly important to achieve balanced and carefully planned gaming experiences for the purposes of the competition. As such, this turned out to be one of the most interesting Comps in Game.Dev history, along with Comp 19.

If you’re a regular reader, you’ll already be familiar withLost Garden, the amazing game design blog run by Danc, and you’ll be familiar with his prototyping challenges. Comp 18 released Game.Dev developers on their choice of three prototype challenges from Lost Garden: Playing with your Peas, SpaceCute and CuteGod. This means that developers were given fixed frameworks and designs and challenged to make them fun. In effect, this highlighted the fact that ideas are cheap; quality games come not from good ideas, but the combination of an idea and a solid implementation of that idea.

Comp 19 was, quite possibly, the greatest exercise for Game.Dev members’ design muscles. It challenged the familiar death concept in games and urged developers to take the current axioms regarding it as a game dynamic and turn them upside down. A lot of innovation in gaming is rooted in the simple reexamination of systems that were previously taken for granted. This competition sought to seed such innovation by encouraging players to change death from a penalty into a critical game mechanic. 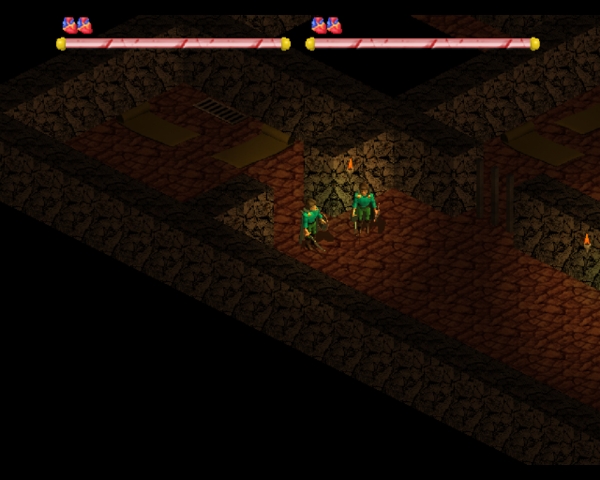 To mirror the theme from Comp 16, Comp 20 took that concept and flipped it around, requiring developers to create a game that had no text whatsoever. This meant that language couldn’t be relied on to convey information such as objectives, rewards or controls, and these must be afforded to the player in other manners. Developers were encouraged to experiment with other ways to reward correct behavior, like using subtle audio or graphical cues to signify correct player responses. The competition turned out some interesting titles, some succeeding quite respectably in telling stories and conveying objectives without the use of any language whatsoever.

This concludes the Game.Dev competition series. If you’re interested in entering one of the competitions and you reside in South Africa, keep an eye out on the forums for competition announcements. We look forward to seeing new faces.