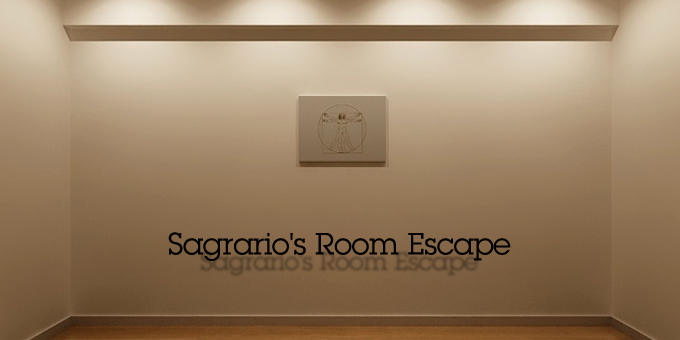 The tone of the Sagrario’s Room Escape is cleverly set upon finding a plain manila folder containing nothing more than a simple page on which is printed – in friendly letters and with an accompanying smiley face – the words ‘good luck’. This cheeky challenge warns you that the game is going to be a struggle. In fact, it’s likely that most players will start it without ever completing it, ever being aware of their goals, or, in fact, ever reaching this point. This is in contrast the apparently simplicity of the setting: a small, spartan room with only a Vitruvian Man hanging on one wall, a small briefcase lying on the floor, and a chair blocking the only obvious exit. The later discovery that the aforementioned, apparently insignificant note is also a very subtle clue for one of the later puzzles is a testament to the game’s devious design: nothing is as simple as it looks. 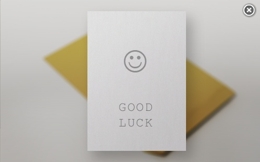 Quite simply, the game, with its abundance of satisfyingly ingenious and varied puzzles, serves as a excellent example in the fairly common room-escape genre. The brilliant puzzle design is coupled with smooth and attractive interface design – being simultaneously functional and presented with high-quality pre-rendered scenes – to create a game that’s difficult to put down. The fact that it was enticing enough to keep us playing for the two days (we needed the night to mull over one of the final three puzzles) it took to solve highlights its effectiveness and appeal. 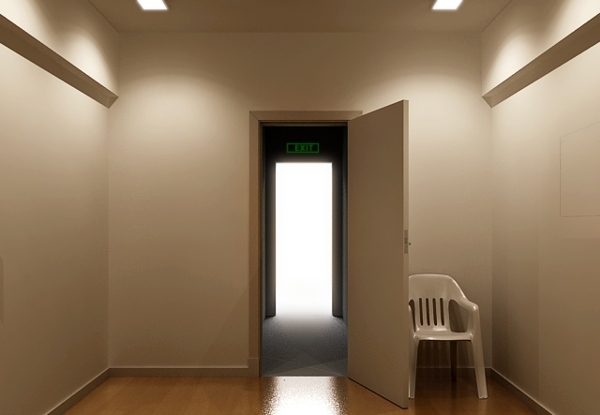 Of course, as is always the case, there’s always a storm cloud behind all that silver lining. There are the occasional control frustrations, such as some actions requiring more clicks than should be necessary (usually interactions involving items from your inventory). This is a particularly unfortunate flaw considering that your inventory is put to frequent, and otherwise effective, use throughout the game. The game also suffers from something that is effectively a fundamental design flaw with the genre: room escape games tend to be very obtuse and unclear. While it can be argued that this is the intent – and that the game, as it turns out, would be a perfect candidate for Game.Dev’s own Competition 20, where the challenge was to use absolutely no text to convey instructions to the player, something the game achieves quite admirably – the lack of short-term direction in the game makes it very inaccessible to common players and adds exponentially to its difficulty. Despite this, Sagrario’s Room Escape is an excellent way to put your logical skills to the test, if you’re willing to dedicate the few hours it will take to solve the game. It’s like solving a detective story without the murder.