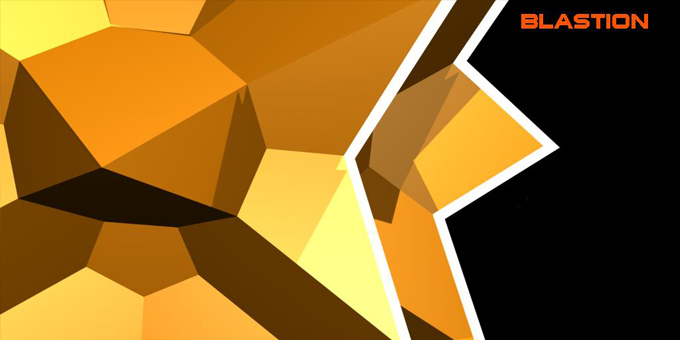 It’s rare that a fresh concept is exceptionally implemented in its first incarnation, but that is exactly what Miktar Dracon has accomplished with Blastion. Taking the idea of racking up points with limited lives and flipping it on its head, Blastion’s gameplay is quite unlike anything else in recent memory. While the motivation given to the player is fairly standard, scoring enough points to earn that ever-challenged number one spot on the scoreboard, it can take a little while to get used to the new concepts offered. 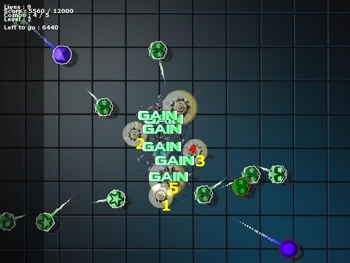 Blastion requires that the player abandons the standard rule of gameplay hard-wired them from the first time they ever picked up a controller. Survival. Forget about it. There are hordes of enemies and the only way to get rid of them is a well calculated suicide bombing. Destroying yourself lets loose an explosion that will (with a little planning and some deft maneuvering) set off a chain reaction rippling through the enemy ranks. The longer the chain, the higher the score will be and if enough carnage is dealt, the player will be given an extra life to replace the one they have just sacrificed. At certain score intervals, the difficulty will amplify, new adversaries are introduced and the required number of opponents decimated in a combo to acquire an extra life increases. 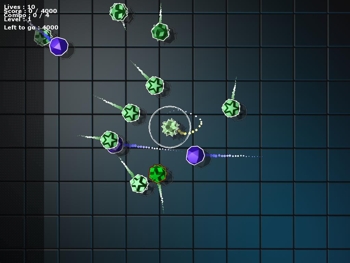 It all makes for very rewarding gameplay. Sharp eyes and a deft hand will allow the player to dart in to choice areas, detonate themselves, and then quickly dodge back with a victorious cheer before the area is swarmed again. This instant gratification helps to sustain the player through slightly monotonous levels. Although each new variation to the basic enemy type proves a slightly different challenge, the player will be doing the same thing throughout the game, and the repetition might become a problem if they reach the higher stages (which would be quite a feat, as the difficulty ramps up extremely fast). This is not a major fallback though, as the game still offers up an exemplary new flavour to the arcade genre, but for any future games using the concept a bit of a change of scenery would be a welcome addition.

As already stated, for an indie developer to birth such an enjoyable new concept and wrap it in a package as fun as the one the developer has provided here is a respectable feat. What few rough edges there are could be easily smoothed down in a possible sequel or emulating title, but even then, it would have to be something rather spectacular to tear players away from Blastion.

One thought on “Blastion Review”