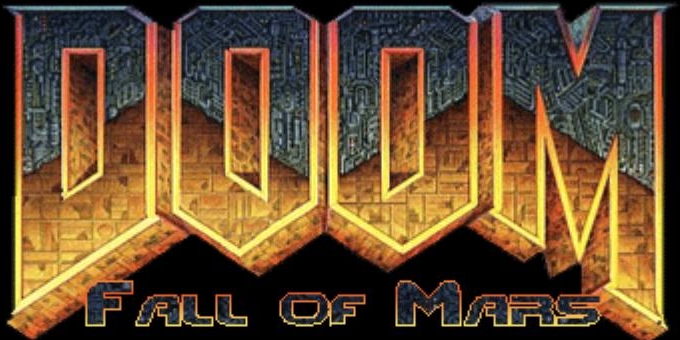 Some things are destined to go together. First person shooters and explosive barrels. Pictures of cats and funny captions. The world is full of people who think to themselves, “Hey, I like peanut butter. I like chocolate. Why not put them together?” Some of these combinations are somewhat misguided (chalk down being naked while cooking bacon as a failure) but occasionally from two great things is birthed a product of such awe-inspiring genius, we all wonder why we never thought of doing it ourselves. And so we come to DOOM: Fall of Mars.

Developed by fledgling indie studio IF Software, it’s the glorious mash-up of DOOM and Diablo we never knew we wanted. The player steps into the oh-so-familiar metal boots of a demon crushing space marine from a whole new perspective this time, the isometric camera of the hack-n-slash genre. It’s still undeniably DOOM though; the sprites are as blocky as ever and the zombies still pop like gore filled balloons when the player introduces them to the nasty end of a shotgun. In a throwback to the FPS roots, WASD is used to dodge do some nifty projectile dodging, and everything else is mapped to the mouse to ensure the ol’ carpal-tunnel hasn’t healed by the time Blizzard roll out Diablo 3 in 2051.

It probably should be illegal to mix two of the most incredibly addictive games together like this. The click-click-splat gameplay and item foraging mesh together like bread and butter with the viscera stained atmosphere, and the sheer joy of ramming rockets down the gaping maws of Hell’s most foul is sweetened considerably when from the splattered corpse drops that pimped-out Minigun of +10 Carnage you had been looking for. Delightedly, the player will skip down the randomly generated corridors, searching the occasional body impaled on a spike, stepping over the pooling blood of the pain elemental they just eviscerated, giggling with childlike glee as the memories come washing back. It’s the best kind of nostalgia, mixed with a solid base of RPG goodness. The developer knows that the fundamentals of any good Diablo clone needs simple but frenetic action, streamlined character management and lots of loot, and it delivers on all three. The recipe used may be over a decade old, but it still bakes a delicious cake.

“But Dev.Mag,” we hear you cry, “surely this is too good to be true!” Well, for the most part, Fall of Mars pulls it off. It hits the occasional hiccup with a horned nasty getting stuck in the geometry, and once or twice the animation got itself knotted and the marine pulled off an impressive moonwalk (although this may have been intentional, because moonwalks are awesome). The most glaring flaw was a batch of particularly horrible flashing flame textures in the final stages of Hell, but perhaps this was intentional as the developer wanted the player to really feel the eternal suffering of the damned souls that are trapped in the fiery pit. Or maybe he just dislikes epilepsy sufferers. 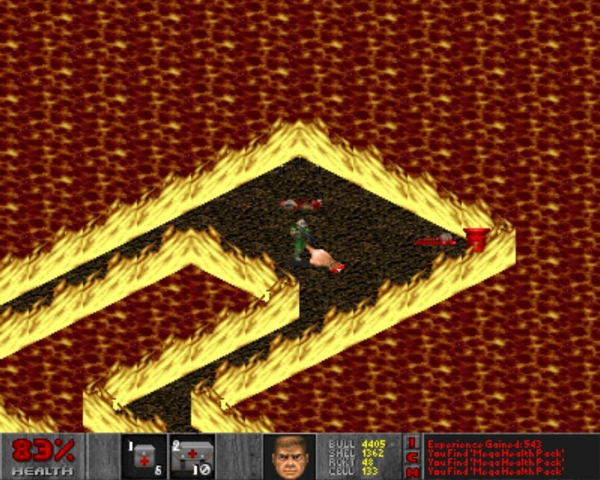 No game would be complete without fiery pits of Doom.

Apart from that, the game feels like it has the potential to become something pretty huge in following incarnations. In fact, as a free download for a game still in the early stages of beta, it is a lot longer and jam-packed with more content than one might expect. The developer still has plans for another four towns, the implementation of classes and the oft proclaimed Much Much More. It’s a great first product from IF Software, recommendable to anyone who feels like donning a pair of rose-tinted visors and a couple of hours to kill.

One thought on “Doom: Fall of Mars”