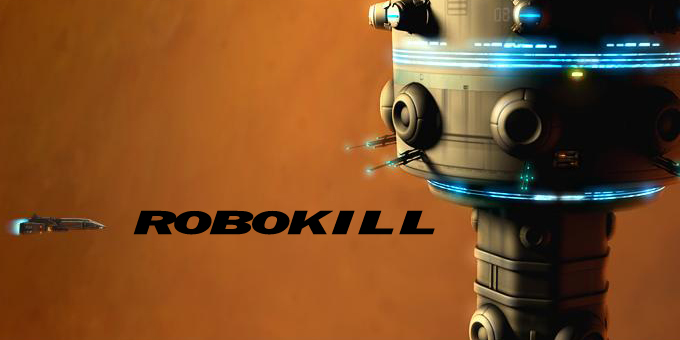 There is something comforting in the way that Robokill(subtitled Titan Prime) by Rock Solid Games offers itself up. Everything that the player needs to know plot-wise is summarized into the above five lines. It has no hidden agenda, no message, and no moral to its story. It exists purely because people want to blow things up in increasingly explosive and violent ways, and its developers (Michael Rietzenstein and Rod Smith) know it. It’s a no-frills, high-thrills trail of smoking shrapnel that takes place over ten levels of electronic carnage (although only four are available for a free trial).

If the last paragraph sounded like a sales pitch, it’s because there isn’t a lot else to be said about the game without just rattling off details of the gameplay. There are robots, and the player must shoot ever increasingly difficult waves of them in crisply and highly detailed top-down stages. As the player’s selection of grenades/bullets/laser beams tear through the metal menaces, an experience bar gradually climbs its way to the full position, displays a notice that some unnoticeable statistics have changed, then empties itself again; giving a flavour of rpg to the mixture. Once these ingredients are tossed together and baked for a while though, they combine into something quite delicious. As difficult and frustrating as the game quickly becomes, it remains greatly entertaining and satisfying. Even though death just results in a respawn and a few of the rooms already cleared out being reclaimed, there are some significant challenges that require multiple tries and are very rewarding upon completion. 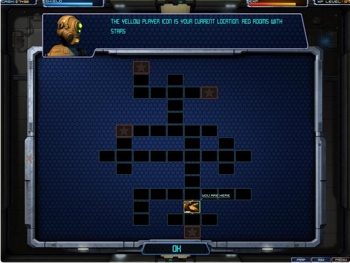 In all honesty, none of this is anything that hasn’t already been done before. The robots, the grinding, the top down “space-dungeon crawling,” none of it screams innovative or fresh. But sometimes the wheel doesn’t need to be reinvented; it just needs some refining, a corner or two sanded off. This is exactly what Robokill gives the player; a very engaging and polished way to spend an hour or two, and even more if they like it enough to shell out for the full version.

One thought on “Robokill”