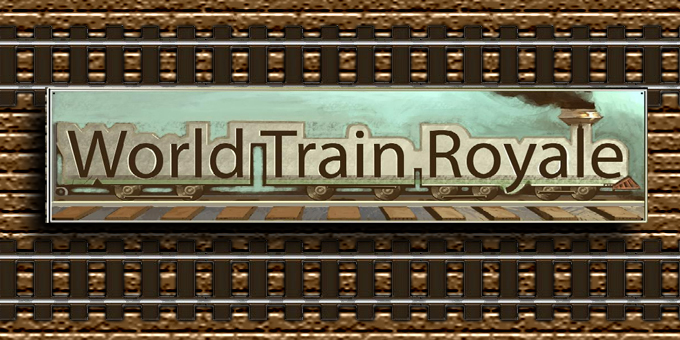 I once baked a really awesome Oreo cake. It took a whole afternoon of some serious baking, and I even pulled in a couple of friends to help me do it. Going through each step, I feverishly awaited the moment when I could sink my teeth into the decadent and sinful combination of chocolate in chocolate, topped with chocolate, filled with chocolate and served with a side of chocolate.

It ended up being a huge mess.

Looking back, the whole thing was doomed from the start. The idea was there, and it was a really good one; but I now realize that I was, perhaps, a little ambitious. While most amateur bakers (that is to say, people who don’t bake) would first try making a pretty standard chocolate cake – a simple task in itself, which yields a treat that is as good as any other that contains Satan’s sinful ingredient – I wouldn’t settle for anything less than two layers, cream filling and rich icing. And that’s not even counting the caramel on top, the Oreo cookie base, and Oreo cookie halves for further decoration.

My problem was that I didn’t know when to stop. And instead of making a delicious cake, I ended up with a goopy, chocolatey mess that was too rich for anyone’s stomach lining to handle. It also didn’t help that I opened the oven half-way through baking. Rule number 1: NEVER open the oven until the baking time is up. 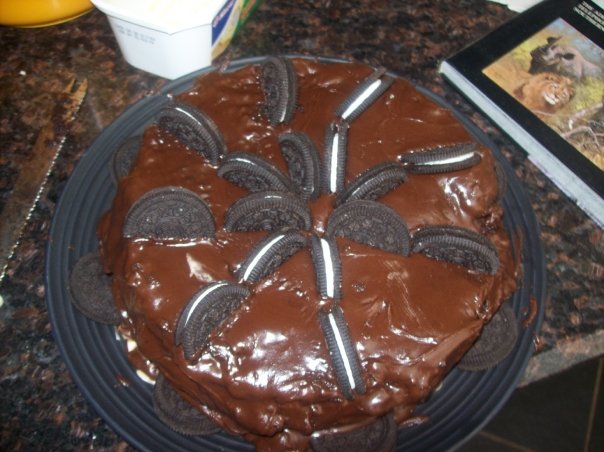 Now you may be wondering how this is relevant to World Train Royale: I assure you, WTR is this cake.

WTR is a game that has many good ideas that work when you imagine the end result, but overwhelm you when you actually get stuck into it. Like my ill-fated yet delicious monstrosity, it feels like the developers were trying to do too much in one package and ended up with a confusing, frantic and, well, generally un-fun game.

The premise is pretty simple: deliver resources, get paid. To gather said resources, you play ‘match-three’ (a la Puzzle Quest and the like) and load them onto your train. The train can be upgraded (or downgraded) at a cost to suit your current needs, with each train engine being faster (but able to carry fewer carts) or slower (but able to carry more carts), and each cart being able to carry more or less of specific types of resources (liquids, lumber/rocks, etc). Oh, and there’s a time limit, but at this point, that’s a good thing. As you progress, the local map opens up with a few towns you can deliver to, with each town wanting specific resources and paying more for them. 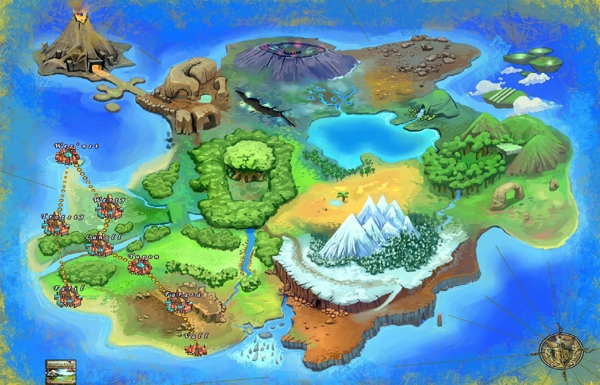 This works. This works really, really well. Because of the time limit, you have to plan your trips pretty damn well. Hooking up stone carts to the fast train means you can take 2 full carts of stone to the town farthest away in the same time it would take you to deliver 3 full carts of oil to a closer town in the slower train – for more money. That’s the idea. And it works.

You’re then introduced to factories, which take 5 of the same resources you’ve gathered and manufacture them into something else which can be sold for a higher price. This is where things seriously fall apart.

Bear in mind that you’re already limited by time – which you waste on changing engines and carts and specific resource gathering. Also bear in mind that at this stage alone, you’ve got about 10 resources to contend with (BEFORE factory processing).

The game also then decides to throw in cloudy weather (which obstructs your view of the resource grid) and moles (which eat an entire column of resources, breaking your links) – also factor in my justified suspicion that these things are targeted at your cursor position and you can begin to understand the frustration.

So you’ve got to gather resources; specific resources for different towns. You need to customize your train and carts to cater for those specific resources, AND you have to select specific factories to process those resources – all the while dodging silly ‘natural’ elements.

Oh and did I forget to mention that if you target a specific resource too much it stops appearing on the grid for a long time?

So you’ve got to essentially build up everything in the game to cater for a specific resource that will inevitably disappear, which then forces you to go back and do it all again – spending all the money you just made – except this time targeting another resource which may or may not be in demand by a town close enough for your train to get there and back enough times in the 250 second time limit to hit your target to beat the level. 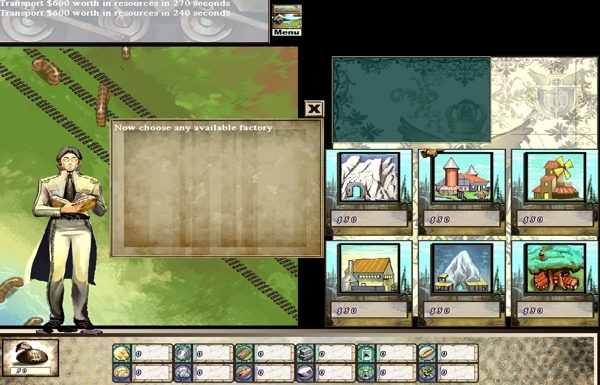 People love cake. And will almost certainly eat any kind of cake covered in chocolate. I ate my cake. It took a long time to eat it, but it did not go to waste. Chippit sent me back and told me to give WTR a chance; to give it more time and a more level-headed approach – and so I did.

The more you play it, the easier it gets; you learn to plan out trips better, gather resources more effectively and change train parts more efficiently – but even so, you can’t avoid the glaring balance issues present here: everything feels cluttered, there are too many “but wait there’s more!” moments, and not enough time to let the elements that do work sink in.

Just like my double-layer cream centre cookie-base chocolate Oreo cake, there’s just too much going on here. You can eat it, but it’s borderline indigestible.