So. Hot on the heels of my previous ShellBlast review comes this humble opinion of its new, Xbox-based cousin: ShellBlast HD. Vertigo Games was kind enough to supply me with a review copy for this sprightly bugger, so of course I latched onto it .

And hey, guess what? It’s just as good as the original. 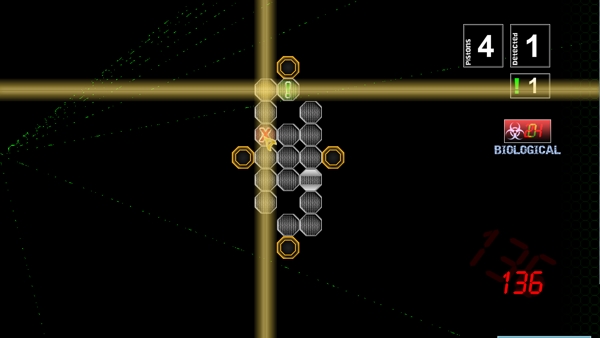 A quick note before we begin

The above single-sentence summary of ShellBlast HD can be taken in two ways. On the one hand, it’s delightful to see something like this being made available for the Xbox community. It’s just the sort of title that works really well for the Indie Games platform and the execution of its PC predecessor has already set a standard for tension and quick-thinking that I have a personal borderline-fetish-thing for. In a nutshell: really cool.

On the other hand, I’m not sure how established fans of ShellBlast are going to respond to this. The game is pretty much a clone of the PC version with a little bit of extra spit and polish thrown in. That’s not necessarily bad: it’s just that a few extra achievements, some renovated graphics and one or two features here and there don’t really justify the purchase of this as a whole new product — unless, of course, you’re a diehard who absolutely has to have this on your console, in which case the decision is a no-brainer.

So, yeah. People who have played ShellBlast before: you know what to expect. It’s a flashier and slightly more enhanced version of what you already love — download the trial version if you want and see what I mean.

The rest of you, come this way.

ShellBlast HD is a bomb defusal game which has you, lo and behold, defusing bombs. In this hot-wired world of counter-terrorism and quick thinking, Sudoku has a baby with Minesweeper and spawns complete madness. 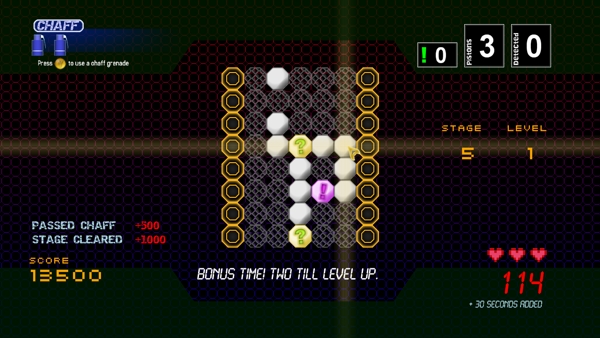 The game progresses through a series of levels which represent the various bombs you have to disarm: each bomb consists of a few pistons hidden within a blank canvas of grid blocks, and it’s your job to hunt down and mark these pistons before the bomb timer hits zero. At your disposal are two “SDUs” which you can use to scan a given cross-section of the grid. These find out how many pistons are detected from your current position, and the player’s challenge is to use the information provided from various locations to work out where the buggers are hiding.

It’s difficult to describe (the tutorial is, by necessity, quite extensive), but once you understand the core concept, it’s very comparable to those good old logic challenges that you’ll find in puzzle books. Throw in the ever-present threat of a nuclear explosion, and you have a winner on your hands.

This game excels in two ways: one, it has a solid puzzle concept which is extended in several ways as you move through the campaign. Tools like chaff grenades and additional challenges such as noise bombs, biological tickers and oxidation packages help the game stay fresh and challenging, sure. But the true joy of the level design is the developer’s ability to tweak only the most basic of rules to make sweat form on the brow of jaded veterans.

The second strong point of this game is atmosphere. Psychedelic visuals, ominous sound effects and kickass guitar riffs elevate the gameplay beyond its mere technical roots. There’s nothing quite like struggling to find those last few pistons while warning klaxons blare in your ears — even people who usually associate puzzlers with sedate or boring gameplay can sit up and take notice.

There’s only one major drawback, and that’s the learning curve. The concept, as mentioned already, is rather difficult to grasp: although the tutorial does its best to ease players into the experience, the fact remains that you’ll probably have to play through a few levels before you truly understand — and appreciate — what good fun it is. This is a very real danger in an environment where players may only give a game a cursory glance before moving on to the next title in the list, especially since the controls for the Xbox aren’t quite as graceful as the keyboard/mouse combo that veterans are used to on the PC.

So what’s your bang for buck?

For 400 MSP, ShellBlast HD is a pretty reasonable deal and deserves to stand out as one of the better XBIG titles out there. In addition to a 50-level-strong campaign mode, there’s a bunch of replayable arcade modes such as Shell Drop which soak up further hours and make the game great for either extended sessions or quick, casual fun. 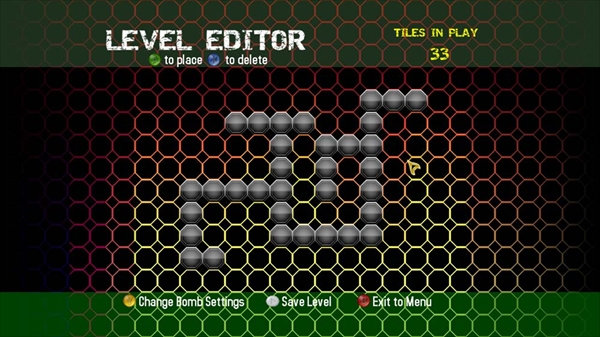 There’s also a level editor and several extreme puzzles available for experienced users, extending the game life even further for those who want to challenge themselves or their friends.

If you have some spare Microsoft Points lying around, you should consider spending them on this. In an arena which is still a bit overwhelmed by sub-standard products and poorly-moderated entries, ShellBlast is a fairly good example of what an Xbox indie game can actually be. It would be quite a shame indeed if this one got lost in the deluge of rumble massagers and screensaver apps.

Additional info on ShellBlast can be found at Vertigo Games and Optum, and a more in-depth review of what I think makes the original ShellBlast awesome is hiding over here.