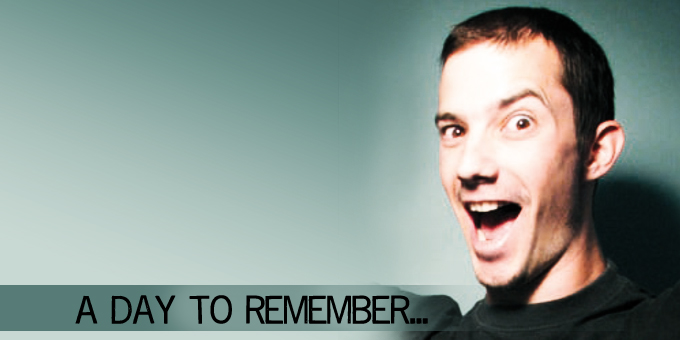 This article originally appeared in Dev.Mag Issue 22, released in June 2008.

Q. Mind telling us a little about yourself?

Danny. My name is Danny Day. I’m 27 years old. I own QCF Design, an independent game development studio. I run Game.Dev, a non-profit community of South African game developers. I’ve lectured on games at UNISA, given talks all over the country and consulted on local and international initiatives on growth and innovation in Information and Communications Technology in South Africa. Generally I just answer a ton of questions and try to get people’s enthusiasm channelled in ways that will show them results and keep them going. 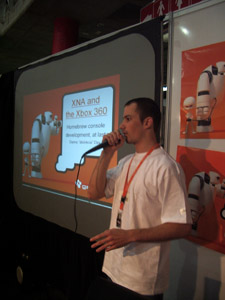 Q. Tell us about the Game.Dev community and the service it provides, for the benefit of newcomers.

Q. How does the Game.Dev community function?

Danny. I spend a ton of time online, as do the rest of the Game.Dev regulars, answering questions on our forums, solving problems and giving feedback on games. Every two months I come up with a competition concept that I feel will grow skills and direct interesting discussions, run the competition for a month and then spend an inordinate amount of time judging the entries that come out of it. There are also the physical events like workshops, development LANs and the hugeness that is rAge every year. The main goal is to raise awareness and visibility of game development as both an art form and viable solution to some of our problems across the country. It’s idealistic, but it seems to be working so far.

Q. When did you first become interested in game design and development?

Danny. If I look back, I’ve always been ‘designing games,’ from drawing mazes by hand for other kids in primary school, to being the one that always comes up with new things to play during break. If there was any kind of interactivity to something, I wanted to get in there and make my own.

Q. What piqued this interest?

Danny. One day my dad brought home one of those ancient folding-keyboard workstations and started writing his own games on it. He had all these theories about how people learn and what environments they learn best under, so my sister and I became guinea pigs. We got very, very good at mastermind and mathematics playing Mastery and MathComp respectively. To my dad, the games were just a means to an end, but I was hooked on them after that, always looking for the next game that would challenge me to learn or understand something new. I never really cared for programming until someone showed me LOGO. I got hooked on its instant results and never really looked back.

Q. Tell us about QCF.

QCF stands for Quarter Circle Forward, which is usually a special move in most games, hence QCF + Design being a “design special move.” Corny, but us gamers like that sort of thing.

Q. What inspired you to start QCF? 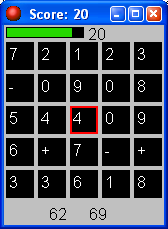 Danny. Mainly the fact that I’d been earning a living without a ‘real job’ for over a year just doing game design consulting projects. I realised that I was turning down job offers and it was finally time to start my own company to bring a couple of products I was working on to market. I’ve always admired the indie studios out there, but it was only once the whole casual games market exploded and digital distribution really took off and Game.Dev literally grew out of nothing that I thought I could manage to earn a living doing what I love.

Q. What are your goals and aims with QCF?

Danny. I want to build games that people enjoy, make a bit of a mark in the world with them. Hence my pushing for innovation and learning in games. Of course, I need to eat along the way and have somewhere to stay… I guess the dream success stage of QCF would be to have it be big and successful enough to enable the people working in it to be auteur and experiment with the games they make without fear of financial ruin.

Q. Have you achieved any of these so far?

Danny. Well, QCF is putting food on my table! Plus it’s only been around for about 6 months and I’m already going to start working on a personal project instead of a title for a client. That’s a big deal in the industry, if it works out I’ll have another intellectual property that hasn’t used any publisher money which we can then take to market. 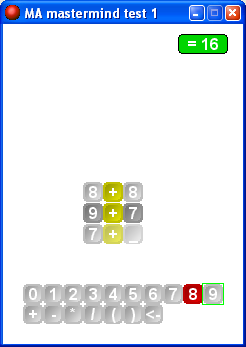 Q. Have you released any games?

Q. Do you have any partners in QCF? Any employees?

Danny. No partners, the company is mainly me at the moment. I’m building a team up though. MathsterMind employed Robbie “Squid” Fraser as a designer and programmer as well as Brandon “Cyberninja” Rajkumar as a graphics artist. MathsterMind evolved out of Robbie’s Math Attack game, which made Mindset bring the project to us. In general, I don’t see any problems growing QCF from here, there’s all the talent from Game.Dev available.

Q. Any information on current projects that you can share? 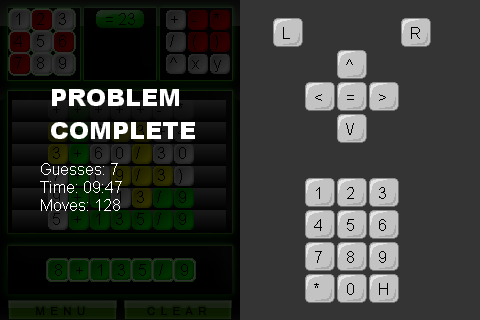 Danny. I have a couple of casual games I spend the odd few days here and there working on, Drawkanoid and Dream Catcher, both do something unique that I need to stop blabbing about and get out there, lest they stop being unique in a month or two… Our next big project is likely to be a self-funded experiment for Microsoft’s Dream Build Play competition – which is an excellent way to get international press and attention. You just have to make a great game. No pressure, y’know?

There’s also the marketing of our current properties. We need to find Mathstermind distribution partners as well as start selling a visualization tool I wrote a few years ago called Molecules.

Q. Tell us about Molecules.

Danny. I think a lot of people would argue that Game.Dev itself has been an unbridled success. We went from having almost no visible local game development community or information to running workshops and inspiring an entire generation of developers, in less than 3 years. QCF is just starting out, but already our first project is doing very well and getting great feedback. I feel that’s just the tip of the iceberg.

Q. What are your opinions on the South African game development environment?

Danny. I think we’ve got a unique opportunity to build capacity as an industry of innovative and creative game designers, known for excellent, quirky, exciting games in a global games industry that’s crying out for exactly that sort of authorship. Because we don’t have the publisher-driven monolithic structures here that govern game development pretty much everywhere else, I feel that we have the chance to start from scratch and avoid all the pitfalls that take creativity out of the equation. We’re also fortunate enough to be a country with lower-than-average living costs, so we’ve got the chance to sell games globally via the internet and make much better livings than indie developers in Los Angeles or New York. Sure, we’ve got infrastructure problems but those can be overcome. The Eastern European developers are known for technical wizardry but often flawed gameplay, Japanese developers are known for cultural flashes like bullet hell shooters and complex jRPGs. I would like to see South African game developers famous for being a breath of fresh air in the industry in the next 10 years. Our future is digital distribution and the unique talents our country produces. When most of our population is using computers, we’ll see some huge changes to the role that games play in our society, both as tools and as means to earn.

Q. Do you have any advice for indie developers just getting started?

Danny. An idea is pretty much worthless unless you turn it into a playable game. Start small. You’re not going to make Quake 17 on your own. Work your way up from your core idea to the bigger ones. Always test your games, the smiles of your players will keep you going when things get tough. Work with others whenever you get the chance, but don’t expect to have people beating a path to your door. Don’t reinvent the wheel and don’t accept “you can’t do that” as an answer, there’s always another way. If you keep trying, you’ll get there… I feel like I’ve hardly started.

3 thoughts on “A Day to Remember”