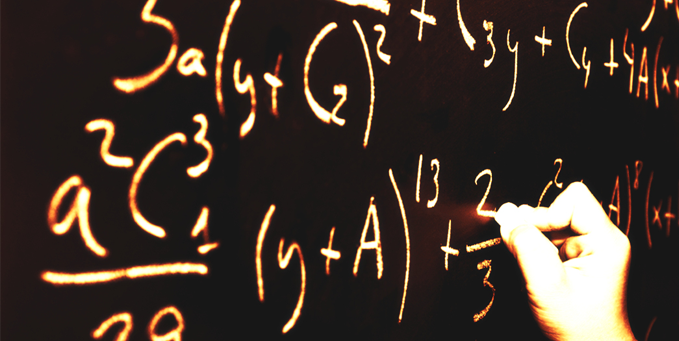 Hi, thanks for doing this Dev.Mag interview. For the record, please state your name, what you do, and your favourite pastry.

Alicia: Heya, my name is Alicia Yeargin. I’m currently a student at DigiPen Institute of Technology in Redmond, Washington, and about to complete my Bachelor of Science in Game Design. My favorite pastry is, without a doubt, the maple donut.

Your degree is a tech degree. Did it include non-technical topics?

Alicia: Yes, my degree had one introductory psychology class, and I took a number of different art classes. There were two sketching / traditional art classes, one 3D art class, an architecture class, an art appreciation class, a film class, and a Photoshop class.

Cool! I like that amount of art in a ‘tech’ degree.

Do you think, as a game designer, that you should have a good grasp, or at least an understanding, of tech, art, and music?

Alicia: Absolutely. Even though I don’t take any more art classes, I continue to use 3D Studio Max and sketch in notebooks. Naturally, all the things I make are crap, but just doing it helps me understand the art process; I think that’s incredibly important.

Music is something that’s always been beyond me, though. It’s not very big at DigiPen right now. (The rumor is that we’re getting an audio degree of some kind.)

I’m happy to hear that. The reason I was asking about music is that when I look at games like Bastion, Amnesia, and even Deus Ex: Human Revolution, I see that music forms an extremely important part of the atmosphere. So it should be something that a designer should have in their arsenal.

So do you feel you would do anything to expand your knowledge of music?

Alicia: At this point, I’m not sure. It’s unlikely. I’ve just personally never been musically inclined. I have a good ear for things; just not the mind or anything to create it.

What do you feel the relationship between coding and design is like?

Alicia: It should be together, definitely. I can’t imagine even calling myself a designer without knowing how to code. It’s super huge for understanding the tech behind games and how the software actually works.

So what kind of background in coding would you feel someone approaching design from and art side would need?

Alicia: At DigiPen even our artists learn some code -even the BFAs (Ed. note: the BFA referred to is the DigiPen Bachelor of Fine Arts in Digital Art and Animation)  who may never touch a game in their lives do some code-, mostly ActionScript. Even if you’re an artist, I think you should have some ActionScript or something like that in your belt. Technology’s so huge these days; it’s kinda crazy to not.

Did you learn anything about the production side of things?

Alicia: In terms of being a producer and team management?

Alicia: That’s kind of an interesting thing here. Every year, we work on a team project, and on every team someone has to be a producer; it’s just a requirement of the class. So, someone will be learning a bit about scheduling. We do have, I think, one or two management-type classes, but it’s not super huge. I personally haven’t taken any of those, and I was a producer on my first-year game team.

Making video games is an applied field. How often did you make projects and such things?

Alicia: First year, we made an individual semester project with the engine provided by the school. (It’s something like GameMaker.) The second half of first year, we worked on a team on an ASCII game.  Second year was a two-semester (one year) long 2D game. Third year was another year-long 3D game. Fourth year has more leeway. It can be 3D or 2D, and we also can do solo projects in order to pursue something more specifically related to our desired fields. For designers, there are also the design courses where you make prototypes of games and other projects as well.

Are those design courses similar to Global Game Jam style of making games?

Alicia: Oh. Hmm, I don’t know enough to make a direct comparison, but I can say it does vary between each class. One class, we had a prototype due every two weeks. One week an RPG, another an FPS, and so on. In my analog class right now, we’re just doing two projects. First half of the semester was a tabletop RPG, and the second is a tabletop simulation game.

Would you have like to do more prototypes or less?

Alicia: Hmm, probably less. I would have preferred to spend more time on projects to get further polish on them.

Do you believe polish is an important aspect of every game?

Alicia: Yes, I think polish matters. That may just be more of a personal thing. I’m kind of a perfectionist. I always notice the little things.

Well, there is a point where you have to let things go, otherwise you end up with Duke Nukem Forever.

Do you think there is a difference between a story and a narrative?

Alicia: Yes. I believe pretty much every game ever has a narrative, but I think story requires a little bit more. (I’ve yet to do enough personal research and study to fully define where the “line” of story/not-story is, if it exists.)

Did you try and make games before you started your studies?

Alicia: I actually didn’t really. I went to the ProjectFUN summer program that DigiPen hosts, and I made a game there. Other than that, I really hadn’t even thought much about making games. I’d always just been a writer, but I knew I didn’t want to write novels.

What sort of writing courses did you study? Or have you just always been a natural writer?

Alicia: Writing has always been huge for me, even before I ever started playing games. DigiPen has a decent amount of English classes, though not very many writing classes. I think having actual writing classes is something the school needs.

With your background in writing, what position would you like to end up with in the game industry?

Alicia: At the moment, I’m just digging around to see if I can find any level-design jobs. If not that then playtesting. Ideally, in five to ten years, I’d like to work my way up to a position as a full-time writer for games. Maybe something like a Mass Effect or a Skyrim.

Do you think that Mass Effect and The Elder Scrolls games are good in terms of their story?

Alicia: I think Mass Effect’s story and dialog are both incredible. The Elder Scrolls series is amazing for its lore and depth and uniqueness of universe. (I started with The Elder Scrolls III: Morrowind, so that’s why I say that.) The actual game stories in the Elder Scrolls games are, admittedly, a bit flat, but I’ve always enjoyed the writing in the quests.

Mass Effect, and The Elder Scrolls games are massive, but do you think you could make a complete game by yourself?

Alicia: It’s possible. I’ve technically almost done that with my senior project. However, it’s not easy, and it’s not practical for a professional game. Although, it does give you a REALLY good appreciation for every part of a game team.

Minecraft did start out as a one man project. Do you think it will be more common for game to grow with their community as minecraft did?

Alicia: Yeah, I can definitely see more things popping up like that, especially with the way things seem to be growing for Internet-based products like that.

With regards to your student projects how do the IP-rights for those work?

Alicia: DigiPen owns everything. No question about it. Even access to installers for games, those have to be distributed through DigiPen’s website (unless super special permission is given).

Yeah, I remember downloading The Fourth Wall from the website. Has any full scale game ever emerged out of digipen, or do they end up like Narbacular Drop and Portal?

Alicia: No commercial full scale games can emerge from DigiPen; that’s just the way things are. If the students want to take their ideas and go big, they have to go the way of Portal pretty much.

Now that you have basically completed your degree, are there anything you wish you could have learned, learned more of, learned less of, or even not learned at all?

Alicia: I wish there were classes dedicated to learning specific tools or something, like a class on Unreal, as a design course elective or something. I think that would have been very helpful. Unreal experience is something a lot of companies look for, and I’m one of the few graduating designers who actually has it.

That is a rather strange concept to me. In South Africa just about everyone makes mobile games, and perhaps even more people make their games with Unity.

Alicia: Yeah, Unity is just now getting into our design courses as a serious thing. I’ve had some prior experience with it, but I’ve talked to very few dev’s who use it (so far). I like it though.

What kind of text books were you given for game design?

Alicia: Not a lot really. The only book that was consistently a recommended/required bit of text between classes was Schell’s The Art of Game Design. We do a lot of learning by doing here.

Thanks for the interview. Anything else you want to say?

Alicia: DigiPen’s done a great job kicking my butt every day until making me into a solid game designer, and it’s been tough–but a really good experience. Looking forward to graduating and finally getting into the industry!

Thanks for the interview!