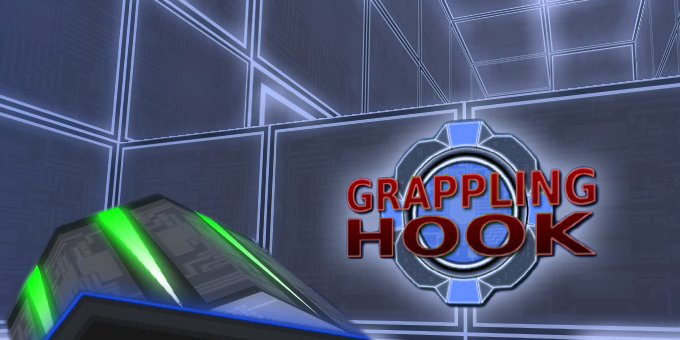 Ninjas have them. Batman has one. Bionic commandos have one too. They’re grappling hooks and they are throwy, shooty, swingy good fun. They’re also nothing new in games. The afore-mentioned Bionic Commando could not jump at all and relied on his grappling arm to grab ledges and swing around the place like a crazy cybernetic monkey-man, all this as far back as pre-3D 1987.

Since then, gamers have seen many permutations and mechanic twists of the fine art of grabbing stuff to reel yourself in. Rikimaru and Ayame used grappling hooks to zip up to rooftops to gain a stealth advantage in the Tenchu series. Quake 2’s famous and glorious CTF mod had a grappling hook that enhanced your mobility and also opened up new tactical possibilities over the typically frantic shooting action. The latest Bionic Commando release focused more on the swinging possibilities a grappling hook could provide. There’re also a number of small indie games, both priced and free, that make fantastic use of grappling hooks in some form. 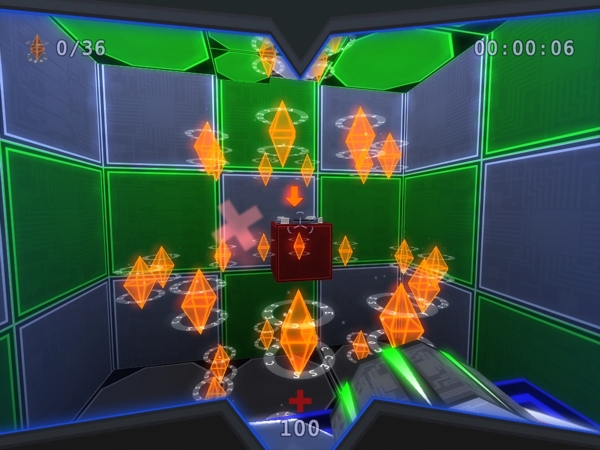 So when a game appears simply calling itself Grappling Hook, it sets certain expectations. You are given the idea that this is going to take grappling hook action to some kind of new level. It tells you “I do grappling hooks so well, all other grappling hook games will regard me as their god”. Grappling Hook is, unfortunately, not entirely successful at this. Let’s see why.

At its heart, Grappling Hook is a mix of two familiar conventions. It has grappling hooks. It is a 3D level-based platform puzzle game. While using conventions are great for ensuring that a game is accessible to players, it also means the game will automatically be regarded against the successes and failures of all other games that use similar conventions.

While grappling hooks have been around for a while, 3D platform puzzle games are not quite as prolific. Most recently it was Valve who developed the wildly successful and popular Portal, which in spite of being a simple 3D platform puzzle game on the surface, was successful because Valve knew what they were doing. Graphically, Portal has a strong, distinctive style. Its main gameplay mechanic is based around the portal gun which we’ve not seen or used before. It has GLaDOS.

Grappling Hook knows Portal had a good thing going and as is evident, took its advice: It also has a strong, distinctive graphical style. Its main gameplay mechanic is obviously a grappling hook gun. There’s no GLaDOS but we do, instead, have… graffiti. And is that Comic MS, I see?

So while we’ve established that Grappling Hook tries to do what Portal did, it still would not be fair to compare it against Portal – they’re two separate games entirely – but the similarities cannot be missed. This is Grappling Hook’s biggest mistake. 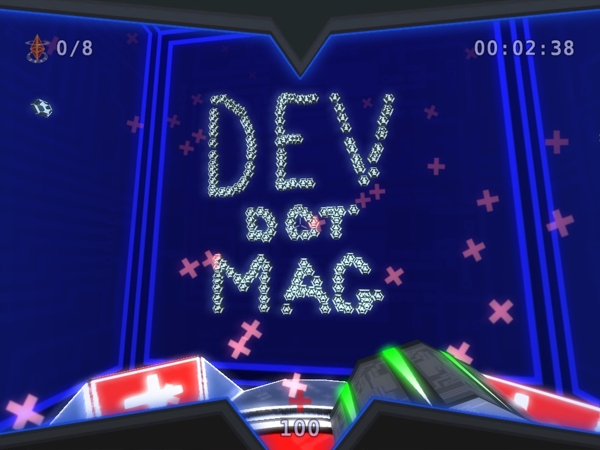 Grappling Hook is built on the jMonkeyEngine, a splendid 3D package for Java programmers. While it cannot be confirmed that it’s a jMonkeyEngine problem, a Java problem or just a game engine programming problem, the fact is that Grappling Hook has pretty steep system requirements. While it might very well be that under the hood it runs a 3D engine capable of putting the Unreal Engine to shame, in this game it shouldn’t matter. Visually the game appears no more sophisticated than Quake: there are no complex models or shadows to render. There’s no requirement for computing lighting information in real time. There are only blocks and platforms, albeit blocks and platforms whose neon textures are softened around the edges thanks to post-processing effects. But having high system requirements is a mistake for indie games.

Let’s peek at the gameplay for a moment. Credit needs to go to the level design: at all times the player is required to make maximum use of the grappling hook to manoeuvre through levels fraught with moving platforms, electric shocks and crushing blocks. The grappling hook mechanic itself is a perfectly simple thing. It only attaches to green blocks and sends you careening towards them in a perfectly straight line. There’s no swing mechanic, but the act of reeling in does have momentum – releasing the hook can therefore send you flying through the air, just like the old Quake 2 CTF grappling hook. In fact, they seem virtually identical. Many gamers will enjoy solving the puzzles for the sake of puzzle solving. Many other gamers would be interested to try the game for the novelty of the grappling hook mechanic. The former group may find the puzzles mildly entertaining at best and uninstallingly frustrating at worst, but the latter group would not even turn the demo into a sale. Having boring game mechanics is a mistake for indie games. 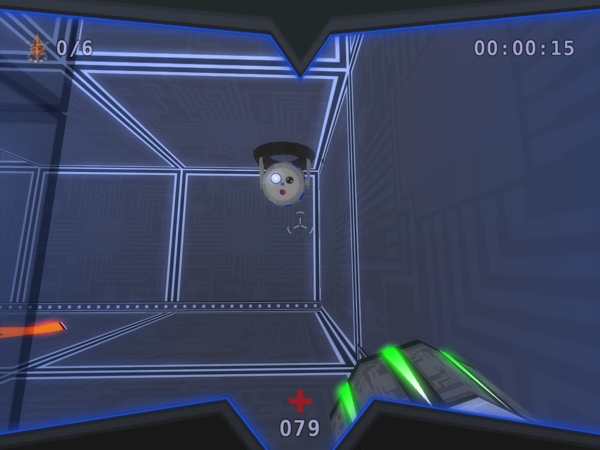 Grappling Hook makes one final mistake. After a quick price comparison, Grappling Hook and Portal are selling at virtually the same price: while I dislike having to keep making this comparison, it’s a shame because frankly Grappling Hook is nowhere near the game Portal was. Being (relatively) expensive is a mistake for indie games.

It has high system requirements. It is outdated in its presentation and unrewarding in its gameplay. All these things could be forgiven if the price was right. As it is, Grappling Hook is a bit of a tragedy. Learn the lesson, indie people.