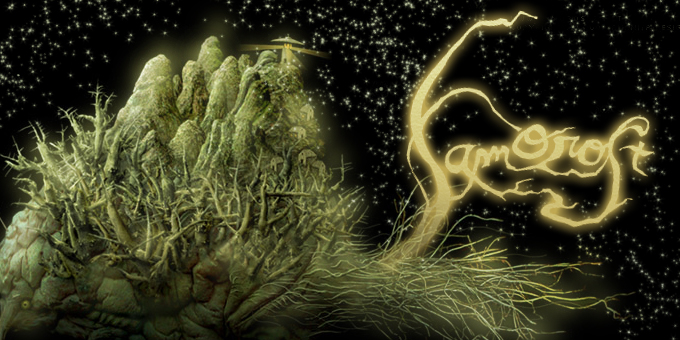 In light of the recent Machinarium release, it seems only fitting that we pay due attention to the Samorost games, a pair of Flash gems from the same developers. And as cliché as this may sound, that little white-capped gnome and his quirky adventures have pretty much revolutionised the way we view game art and atmosphere.

In a world where it’s usually fashionable to deride titles that rely on candy-coated visuals and suave tech to make up for shallow gameplay, Samorost is something of an enigma. For the most part, it’s just a sequence-based “click on parts of the screen to make things progress” sort of affair. Hardly a brain stretch for most seasoned adventure gamers. Yet casual and core players alike appreciate it for its stunning visuals, exotic game world and intriguing sense of “ooh look what happens when I click this lol”. 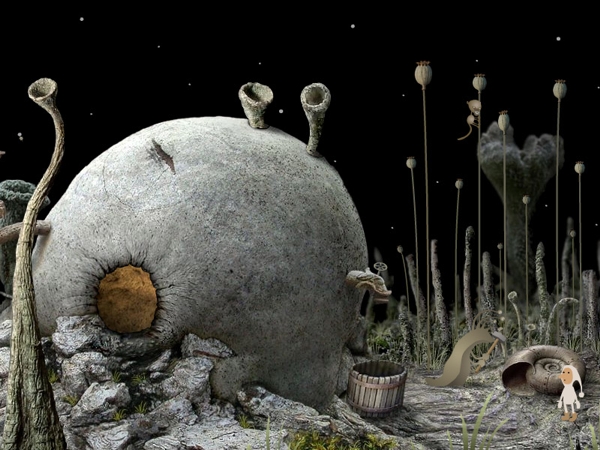 Samorost isn’t something that you look for when you want a challenging game. It’s a packaged “experience”, a title which flirts with the definition of being an art game but still manages to afford players a conventional sense of fun. Jakub Dvorsky describes it as stemming from a desire to create “something pleasant, relaxing, amusing and visually innovative”. The list of awards and accolades that the series has garnered proves that this attitude has paid off to an extent that puts many high-profile indies to shame, and for good reason. Amanita Design may not be the most vocal or outspoken bunch, but they’ve rather subtly put forward one of the best game concepts of this decade.

It’s a lot to say for something that players may well finish within an hour (at least in the case of the first game), and Samorost has had its precedents and its clones, but it has been a landmark indie title when it comes to bringing players something that favours aesthetic over rules — while still doing a good job of marrying the two. 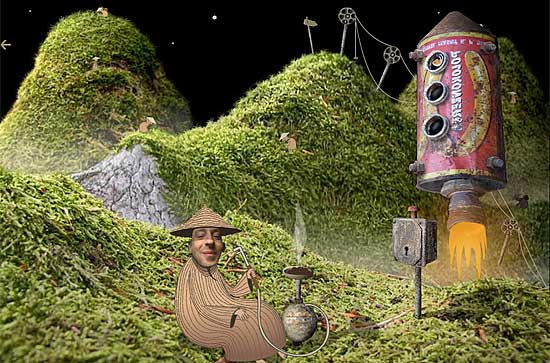 Does this stuff come from a normal imagination? No. Does it work? Hell yeah.

No matter what you may think of it, the Samorost series stands head and shoulders above the rest of the crowd on one important point: it has never lost sight of what the adventure in adventure game means. The focus isn’t on convoluted puzzles, constant backtracking, headscratching and needless dialogue. It’s about putting the player in a new world, and forgetting for just one moment that they have to “beat a game”. When a game stops being just another challenge to overcome, and instead turns into an experience that’s enjoyed and savoured … well, it’s a naïve definition, but that’s what I would truly call “art”.

If you haven’t tried Samorost for yourself and need a primer for Machinarium (or something else to enjoy after finishing it!) have a look over here and play the first game for free. Samorost 2 can also be enjoyed through its demo, and the full version goes for US$5.