Home » Miscellaneous » Interviews » Not so Glum 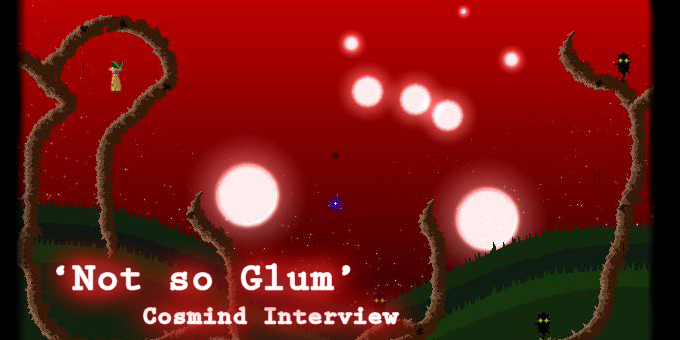 To accompany our review of the game, we sat down with Glum Buster’s sole creator, Justin Leingang, for a discussion about the game and its intriguing sales model. 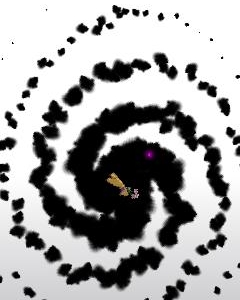 Q. Firstly, tell us about yourself.

JL. My name is Justin Leingang. During the daytime, I work in the commercial video games industry. During the nighttime, I transform and create games on my own for non-commercial release.

Q. How did you go about designing Glum Buster? It has interesting mechanics in different worlds. Was it all decided beforehand, or did you iterate as you went on?

JL. With Glum Buster, I took a radically different approach than I commonly do when designing and planning a game. I usually start with a core play mechanic as a foundation to build upon and a gravity to focus everything else around. However, with this game I founded everything on a basic set of coordinated physical interactions: interacting in some way with one hand while quickly interacting in a coordinated manner, but always in very different ways, with the other hand. I wanted to explore, learn, and challenge myself to develop game mechanics and play systems that all grew from and revolved around those same physical interaction principals. This is what led me into taking such a different approach to all aspects of the game design.

After building the initial prototype, I began exploring a few different ways in which the aforementioned principals could be applied. As I put these together, I would discover and imagine even more ways to apply the principals. When I put those together, I would discover even more. On top of this, I was continuously daydreaming and having dreams at night about the game. All of these fuelled and combined with the actual development work I was doing at any point in time.

This process just kept feeding itself and reciprocating as development continued. So, you can definitely mark it up as an iterative process, and that not much was decided beforehand. It was indeed quite a fun, challenging, and educational process.

Q. Glum Buster is charityware. For those that don’t know, quickly explain what it entails.

JL. Charityware is software created and offered with the purpose of raising money to help those in need.

Glum Buster is a free game that players can decide to pay any amount they choose if they feel the game is worth it. A decreasing percentage of the payments goes to me for the game, and an increasing percentage of the payments goes to the Starlight Children’s Foundation charity. As the number of people that pay increases, the less income I get for the game and the greater the contribution to the charity.

Q. Very few developers decide to go the charityware route. Why did you do it and do you think, considering it is charitable, you actually get more money that way?

JL. If you aren’t familiar with the Starlight Children’s Foundation, I highly encourage you to check it out – what they’re working for and stand for is simply amazing and light-years beyond noble. Their cause humbles me, and it’s one of the big reasons I chose to make Glum Buster charityware.

Starlight serves to bring joy to those who are truly challenged to find it in their own lives.

Video games are created to entertain others – to bring them enjoyment, learning, and inspiration.

The two seem to match nicely, don’t they? And, I hope that I don’t get more money from this model. The entire structure of the model is intended to make me get less and less money, and for the charity to get more and more money.

Q. When you started Glum Buster, had you already decided on the charityware model?

JL. Nope. I decided to make the game charityware about halfway through development. That’s when I discovered the Starlight Children’s Foundation and was immediately inspired.

Q. How much have you already donated to your charity?

JL. As of this writing, the players have donated an awesome $136.37, and raised another $55.64 in the current round (2). I’m well confident that by round’s end, they’ll have eclipsed the $100.00 goal again, and I’ll be able to kick another wholesome batch of funds over to Starlight. I honestly can’t wait to do it again.

Q. Why did it take 4 years to develop this? Would you embark on such an extensive project again?

I would gladly take on another project of the same magnitude and time frame if it called to me. I had a blast learning as much as I did, and learning is a ridiculously large driving force in my life.

Q. How, with such scarce hype and publicity during 4 years of development, did you manage to bring Glum Buster to everyone’s attention? What sort of steps did you take?

JL. I’m actually not sure whether or not I managed to bring the game to others’ attention. I told my family and friends about it, but that was really the extent of my efforts. I haven’t kept too close an eye on how far awareness has spread beyond that – I don’t spend a lot of time on the internet unless I’m there with a specific reason. I should really make a better effort to make the game known, otherwise I’m defeating my own purpose of driving up the charity contributions. Any suggestions on how I might achieve this? [I guess, if we knew the answer to this question, we’d all be rich. Soon we’ll know a little more, though 😛 – Ed] 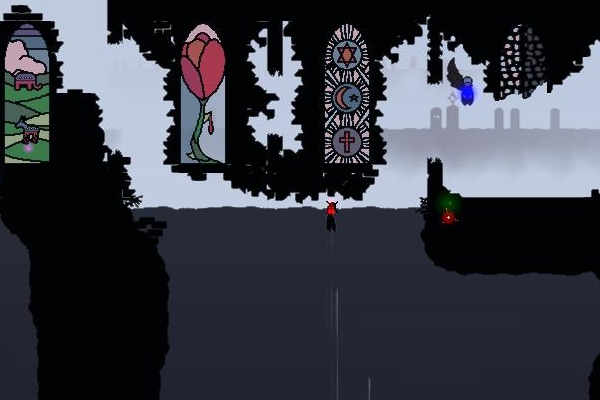 Q. What was it like working with Game Maker? Will you use it again?

JL. I absolutely adore the Game Maker tool set. It still blows my mind and likely will never stop. There’s still so, so much I have to learn about it. I will continue to use Game Maker, but will also explore and use other tool sets. More than anything, the tool set I use next will depend on what’s best for the project and how much I can learn from it.

Q. Are the any other projects in the works that you can tell us about?

JL. It’s funny, actually, because I have a healthy list of projects that I’m eager to explore – a small number of those I’m jonesing to dive into immediately. But, I’ve been told time and again that I’m a workaholic and that I need to take a rest for once in my life. So, I’m trying to, literally, force myself to not start something new right away. It’s been tough so far. There are a boat load of games that I’d love to play, so that helps a good bit.

As for project specifics, I’d rather not disclose any just yet. I might reveal more once they’re complete 😉